"The town of Badme is situated near the border of NOD-occupied Ethiopia. In 1998, the Eritrean–Ethiopian War was declared when NOD sympathizers attempted to claim ownership over Badme by force. Ground forces were deployed in GDI-controlled Eritrea and placed on stand-by in hopes of preventing the situation from escalating any further."

Badme is based on an actual town in Eritrea which became the subject of a land dispute with Ethiopia in 1993 and led to a war in 1998; around the same time the First Tiberium War was still taking place.

I thought the location would make for an interesting map considering Eritrea actually was under GDI jurisdiction and surrounded by Nod-occupied countries around the time of the actual Eritrean–Ethiopian War.

Following Nod's theme of causing disputes and political unrest in Africa, I thought this map would cater to the niche audience of C&C fans that enjoyed learning about the Tiberium Universe and its political climate back when Westwood was still in-charge of the franchise.

The maps layout is based on the real town's location using Google satellite images for reference. I tried to get them to match up as close as possible with the resources at my disposal.

I know the map isn't supposed to be entirely flat but, the area doesn't seem to have any documented elevation on the account of how obscure the location is. Because of this, I tried to place cliffs where I thought they would have been based on the satellite images I used as reference.

In terms of gameplay, the map definitely has a unique play style with it since urban combat wasn't ever truly explored in the original C&C. The AI pathfinding definitely makes use of all of the backstreets and alleyways I tried to replicate from the real town's infrastructure.

One thing that is certain is, regardless of the outcome of this battle, nothing will remain unscathed after the conflict. In fact, if Badme was ever caught in a land dispute in the Tiberium universe, the collateral damage would be far too extensive to consider GDI intervention as a viable strategy as it would only help paint them as the murderers that Kane wants them to be viewed as in the global media's ever-watching eye. 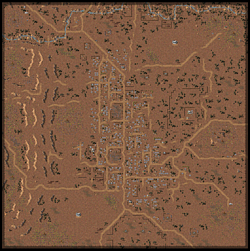 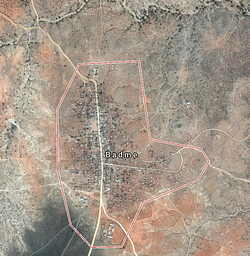 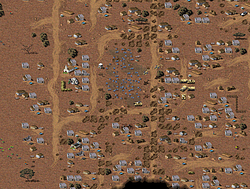 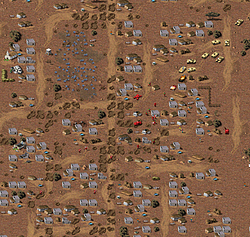 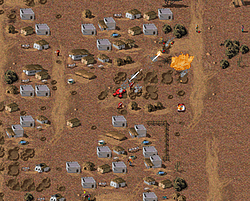 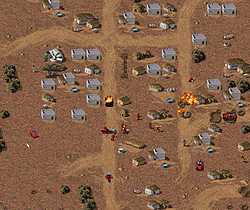 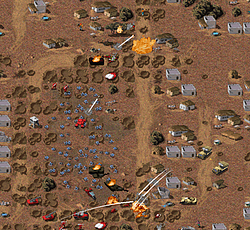