Custom Rules:
- Mig Can attack air.
- Turrets are a bit more powerful.
- Grenadiers are Allied Unit, requires Turret, has less explosion damage and costs 200$.
- FlameThrowers also explode like Grenadiers.
- French can build Fake Gap Generator.
- MCVs and Mammoths can crush Kennel, Spy Outpost, PillBoxes, Brick Wall, Flame Turret, Silo, Ranger, Light Tank, Mobile Gap Gen., V2, Artillery, Mobile Flak, Supply Truck and Demo. Truck.
- Medics require Hospital, buildable by both sides and able to Self-Heal.
- Allied Spy Outpost, a counterpart of Soviet Kennel. Unlike Kennel, it requires Barracks to be built first and costs more(225 compared to 100). Artwork by CombinE.
- Spies are built from Spy Outposts. They no longer require Radar Dome.
- Commando; buildable by both sides when captures Bio Lab on German Base. Has sniper rifle and C4.
- Volkov; buildable by both sides when captures Forward Command on Ukranian Base. Has AP Gun. Chronoshift and Iron Curtainable.
- Chitzkoi; buildable by both sides when captures Advanched Kennel on Ukranian Base. It is more powerful than regular dogs. Has more fire range and has realy high cloak detection renge. Cameo by lefthand.
- Added GiveUnit crate powerup with Mobile Flak.
- Large Squad Crate Powerups contains 3 E1, 2 E2/4, 2 E3 and 1 E6.
- Added Carryall to Soviets. Available directly after Airfield as it is a counterpart of Chinook.
- Added ParaTanks for Allies, available after Helipad. It drops 2 Light Tanks and 1 Ranger. Has same recharge time with Paratroopers.
- Britain can build Snipers.
- Phase Transport can be built by all Allies.
- Both Zombie and Giant Ant is unbuildable.
- France can build Grand Turret. They are like Grand Cannons from RA2 but not that much OP and has build limit of 1. They requires Tech Center to be built.
- Mobile Gap Generator can be built by all Allies.
- Germany can build Tank Destroyers. They are like RA2 ones. Artwork and Fire Sound by Nooze.
- Chrono Tank can be built by all Allies.
- Russia can build Stalin's Fist. A Mobile War Factory. Has build limit of 1.
- Tesla Tank can be built by all Soviets.
- Russia can train Conscripts instead of Rifleman which is more powerfull version of them.
- Shock Trooper can be trained by all Soviets.
- Ukraine can build Flame Tanks. Not much different than ones that Nod has in TD.
- Parabombs can be called by all soviets.

Note 2: With the recent Spy change, i was planning to make Spies unable to Infiltrate until Player builds Radar, in other hand Dogs get a reveal range increase with Radar. But both "Infiltrates:" and "RevealsShourd:" tags are currently unupgradeable, this will probably be done in later releases.

Changelog:
- Spies are now built from a sepearate building named Spy Outpost. They no longer require Radar Dome.
- Added Spy Outpost structure to Allies as a counterpart of Kennel. Unlike Kennel, it requires Barracks to be built first.

can you please update this for latest version of RA :)

I have recently made non-moded versions of these maps and started to rebalance them in terms of mapping, especially the Duel Area. After i finish rebalancing the map part, i may update them.

I have plans to start new ruleset tho, may add non-balance stuff to https://resource.openra.net/maps/23779/ this ruleset. Some stuff may move from this one, but this ruleset may not be updated for newest release.

I'm not planning to make a modified RA mod anytime soon, but i have one for D2K. http://www.moddb.com/mods/mustaphatrs-d2k-mod

I prefer using maps because it is hard to find people to play Multiplayer Matches on a mod, but with a map i can just play from Original RA mod.

Actually, i think i misread your comment, if you want those rules on other maps , there are actually 4 of them, you can see at "More from Mustafa Alperen SEKİ:" part. I may make more in future but not sure when.

Amazing, but i wish this like "Mod" was put on more maps, its very fun 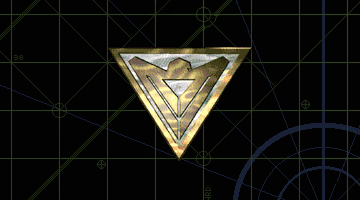