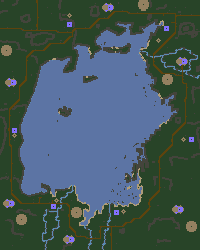 This is a map of the original size of the Aral Sea until 1960!

The Aral Sea was the 4th biggest lake of the world in this time! 68,000 km2 (26,300 sq mi) Equivalent almost the size of Ireland or Bavaria.
The lake has been steadily shrinking since the 1960s after the two mainrivers that fed it were diverted by Soviet irrigation projects.
In the early 1960s, the Soviet government decided the two rivers that fed the Aral Sea, the Amu Darya in the south and the Syr Darya in the east, would be diverted to irrigate the desert, in an attempt to grow rice, melons, cereals, and cotton.
This was part of the Soviet plan for cotton, or "white gold", to become a major export. This temporarily succeeded, and in 1988, Uzbekistan was the world's largest exporter of cotton.
Most of the sea's water supply had been diverted, and in the 1960s, the Aral Sea began to shrink. From 1961 to 1970, the Aral's level fell at an average of 20 cm (7.9 in) a year; in the 1970s, the average rate nearly tripled to 50–60 cm (20–24 in) per year, and by the 1980s, it continued to drop, now with a mean of 80–90 cm (31–35 in) each year. The rate of water usage for irrigation continued to increase; the amount of water taken from the rivers doubled between 1960 and 2000, and cotton production nearly doubled in the same period.
The ecosystems of the Aral Sea and the river deltas feeding into it have been nearly destroyed, not least because of the much higher salinity. The receding sea has left huge plains covered with salt and toxic chemicals – the results of weapons testing by the Soviets, industrial projects, and pesticides and fertilizer runoff – which are picked up and carried away by the wind as toxic dust and spread to the surrounding area. As a result, the land around the Aral Sea is heavily polluted, and the people living in the area are suffering from a lack of fresh water and health problems, including high rates of certain forms of cancer and lung diseases. Respiratory illnesses, including tuberculosis (most of which is drug resistant) and cancer, digestive disorders, anaemia, and infectious diseases are common ailments in the region. Liver, kidney, and eye problems can also be attributed to the toxic dust storms.
In comparison with the original size, this lake is now a puddle!

After chernobyl it is the planet's worst environmental disaster made by human!!!

PS: Remember, if you buy clothes with cotton, maybe you have a part of the Aral Sea on your body. 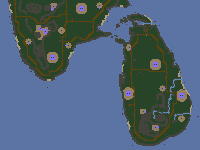 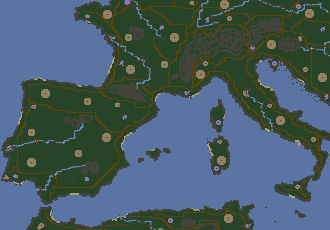 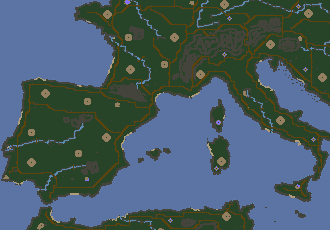 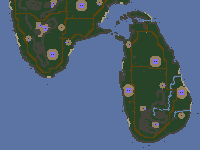 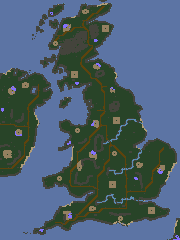 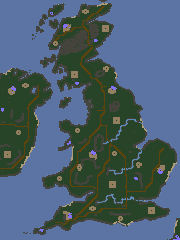 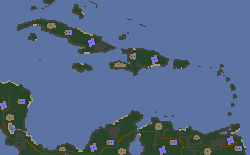 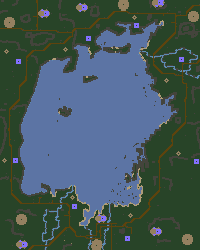