Based on this thread http://www.sleipnirstuff.com/forum/viewtopic.php?f=82&t=18117&start=0

Long story short, from the inputs of fellow forum members :

Flak Truck
- Sight range increase from 6 to 7
Rationale: Flak Truck sight made a bit larger, as more reliable ground scout (and to make them not merely 'shoot into the fog' like AoAGeneral said), Hind with micro should still be able to take them down though, just harder because Flak have easier time spotting them as well.

Heavy Tank
- Price reduction from 1150 to 1000
- Health increase from 550 to 575
Rationale: Despite their supposed role as main Soviet battle tank, Heavy Tank has only a very specific use in multiplayer, and thus, rarely used, this boost specifically aim for heavy tanks to be used more as the main force instead of an overpriced support unit, yes they're may be deemed as sightly OP, but that's why you allies should focus less on arty and develop your own tank forces

Hijacker
- Price increase from 500 to 600
- Speed increase from 56 to 64
- Hijacker is cloaked when not moving
Rationale: Previous hijacker stats made him practically usable only if you pair him with an APC and use him to go GTA on enemy harversters, interesting use, but definitely not something doable against good enemy players. So the Hijacker is buffed to act more like GLA hijacker, that's it, an ambush capturer.

MIG
- Sight range increase from 12 to 13
- Get air-air capability
Rationale: Soviets have NO WAY to stand up Allied Helicopter Force... who coming from a big body of water. MIGs with Anti-Air capability and increased vision should help.

Shock Trooper
- Price increase from 400 to 500
- Health reduction from 100 to 80
Rationale: Shock Trooper is too strong and sturdy for it's price, they got nerfed but maintain their prodigious offense, should work better when mixed with other infantry instead of a single flavoured ball of shock troopers now

Tesla Tank
- Price increase from 1350 to 1400
- Health increase from 400 to 475
Rationale: Tesla Tank is weaker and mobile mobile Tesla Coil, they are now sturdier stuff, but also more expensive a bit to reflect that

Light Tank
- Price reduction from 700 to 650
- Sight range increase from 4 to 5
Rationale: cheaper because Soviet heavy tank is also cheaper, also they are supposed to be scouts so they should not has worse vision than medium tank at least

Sniper
- Given to Allies, buildable after you get Radar Dome
- Price increase from 700 to 800
- Health reduction from 80 to 45
- Sight range increase from 6 to 7
- Sniper now permanently cloaked even while moving, still decloak when firing though 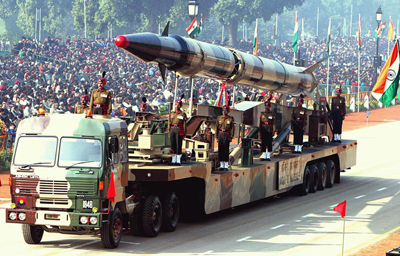